As an Amazon Associate, I earn from qualifying purchases. There may be affiliate links within the post. 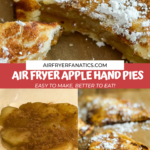 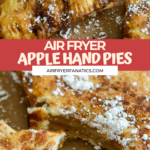 Are you craving an easy dessert?  These Air Fryer Apple Pies were a hit at our house and take just 8 minutes in the air fryer to make.  So quick and easy! 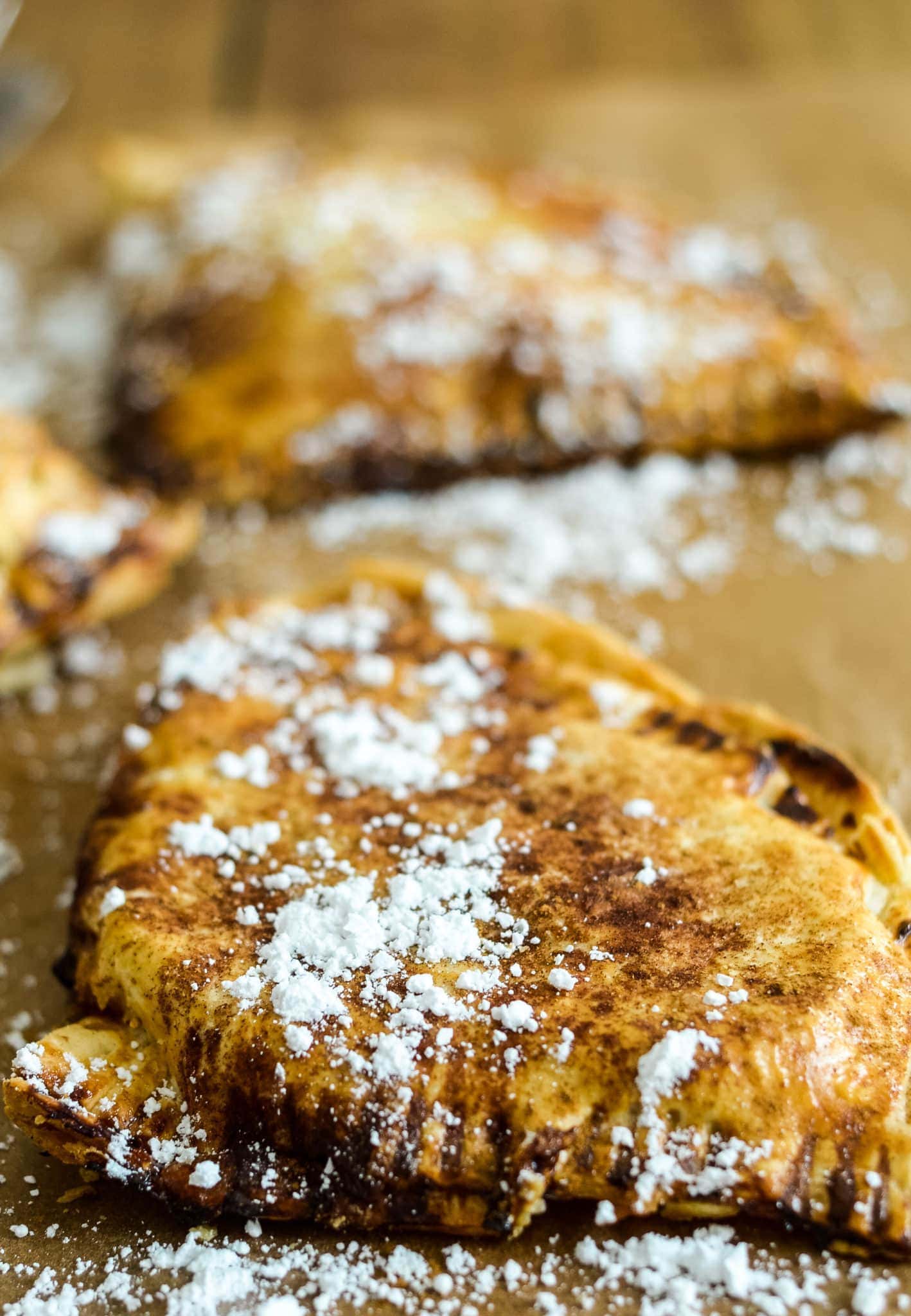 This turned out to be a fun dessert especially as we head into the fall.

The key here is figuring out how many will fit in your air fryer.  We decided to use store-bought pie crust for these, I used a box of refrigerated pie crust that included 2 crust, you will want to use both of them to make 4 apple pies. 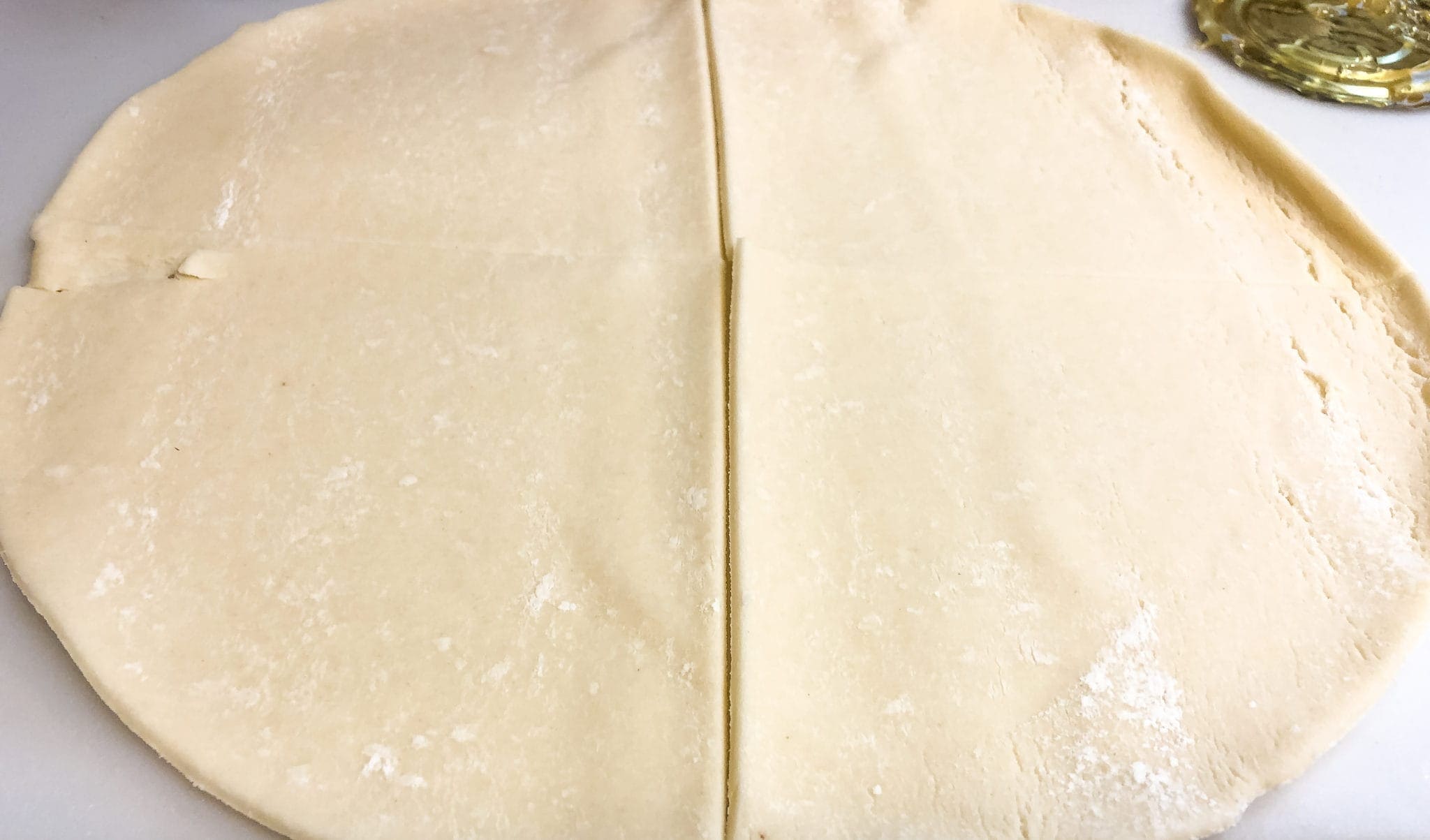 The first thing to do will be to cut the pie crust into 4 equal parts, you can do this to both of the pie crust.  Once you have them cut, you will fill half of it with the apple pie filling and use the half that isn’t topped with filling as the top layer to the pie crust.

Once you have the bottom layer, pie filling, and top layer, simply seal it with a fork, pressing the edges together. 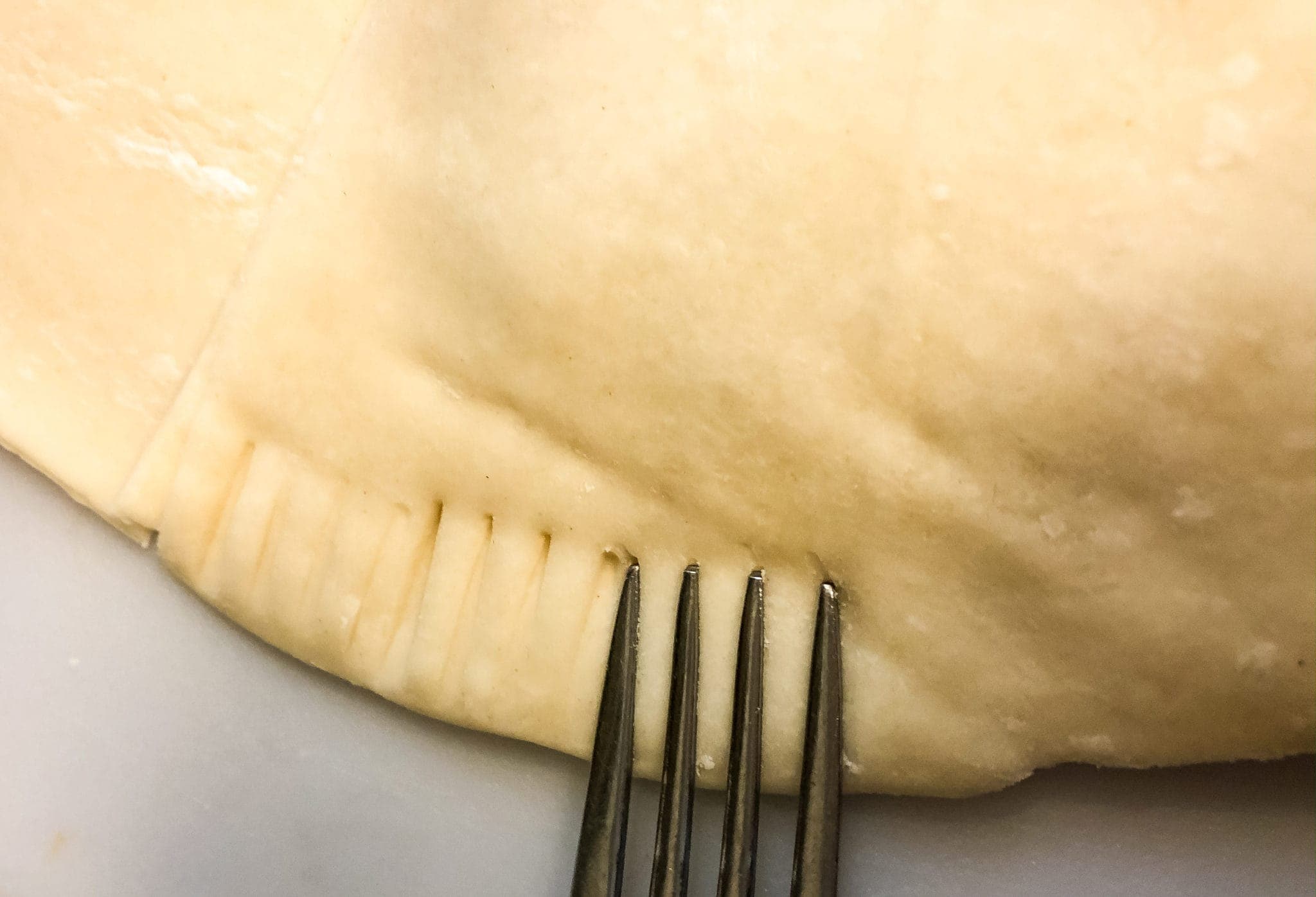 Now for the browning of the crust, this works the best with a beaten egg, simply use 2 eggs and whisk them together really well.  Use a brush and brush it over the top layer of crust, then add a sprinkle of cinnamon sugar. 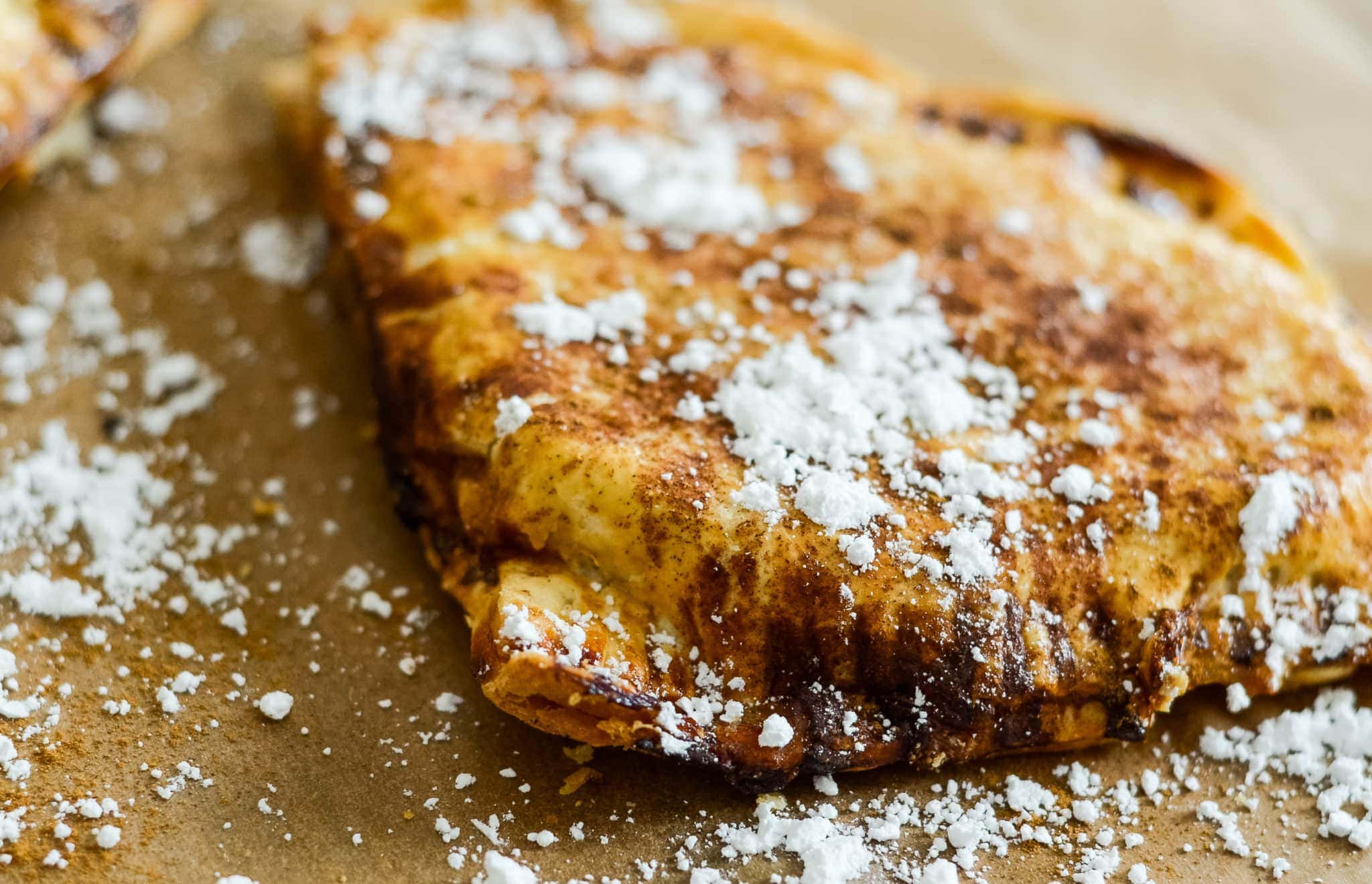 Once that’s done, you can just add them right to the air fryer or coat it with some coconut or olive oil spray first.

Can you use homemade apple pie filling? 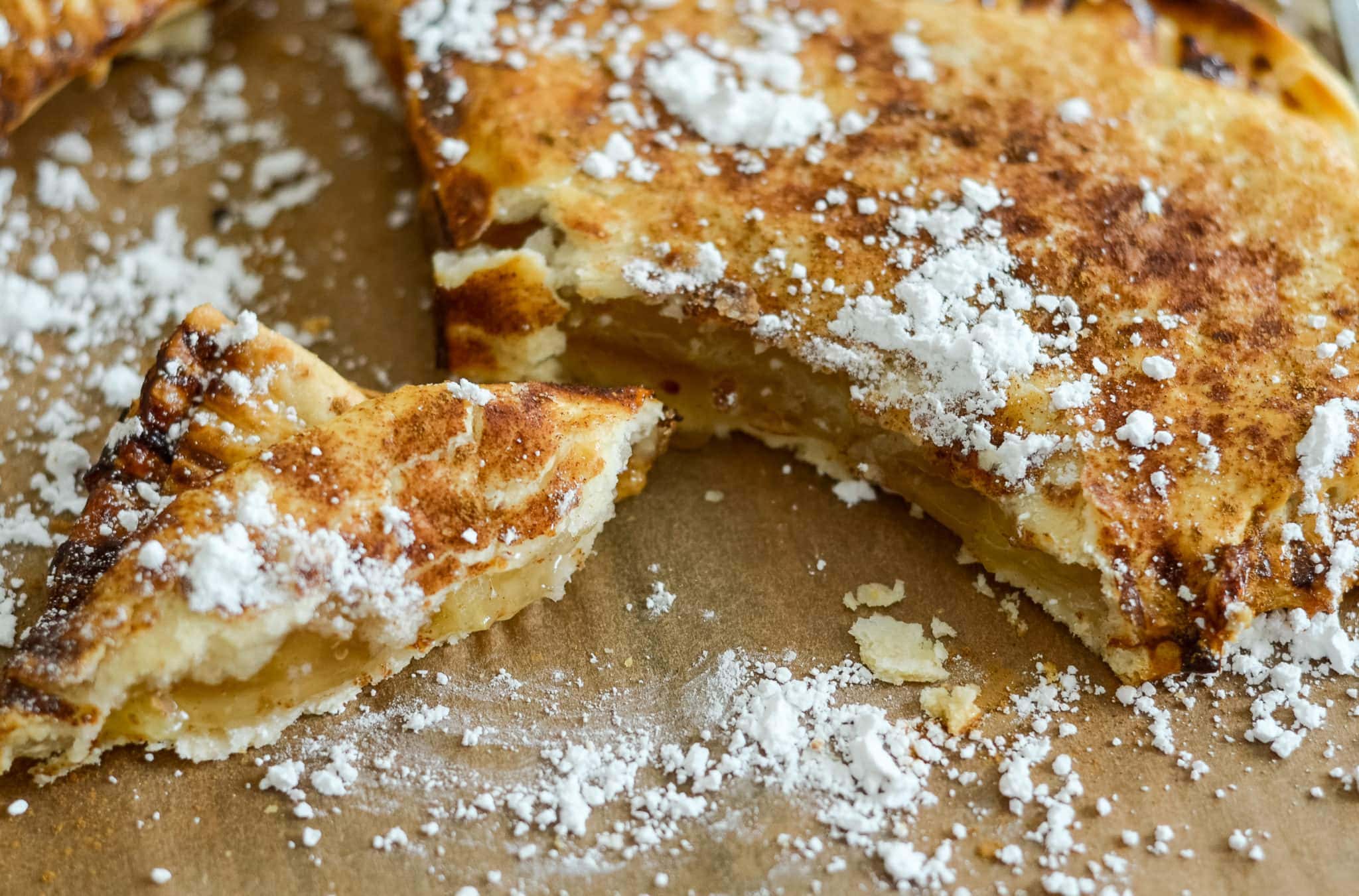 Even adding a drizzle of caramel would be a great option for this easy recipe too.

What do you need for Air Fryer Apple Pies? 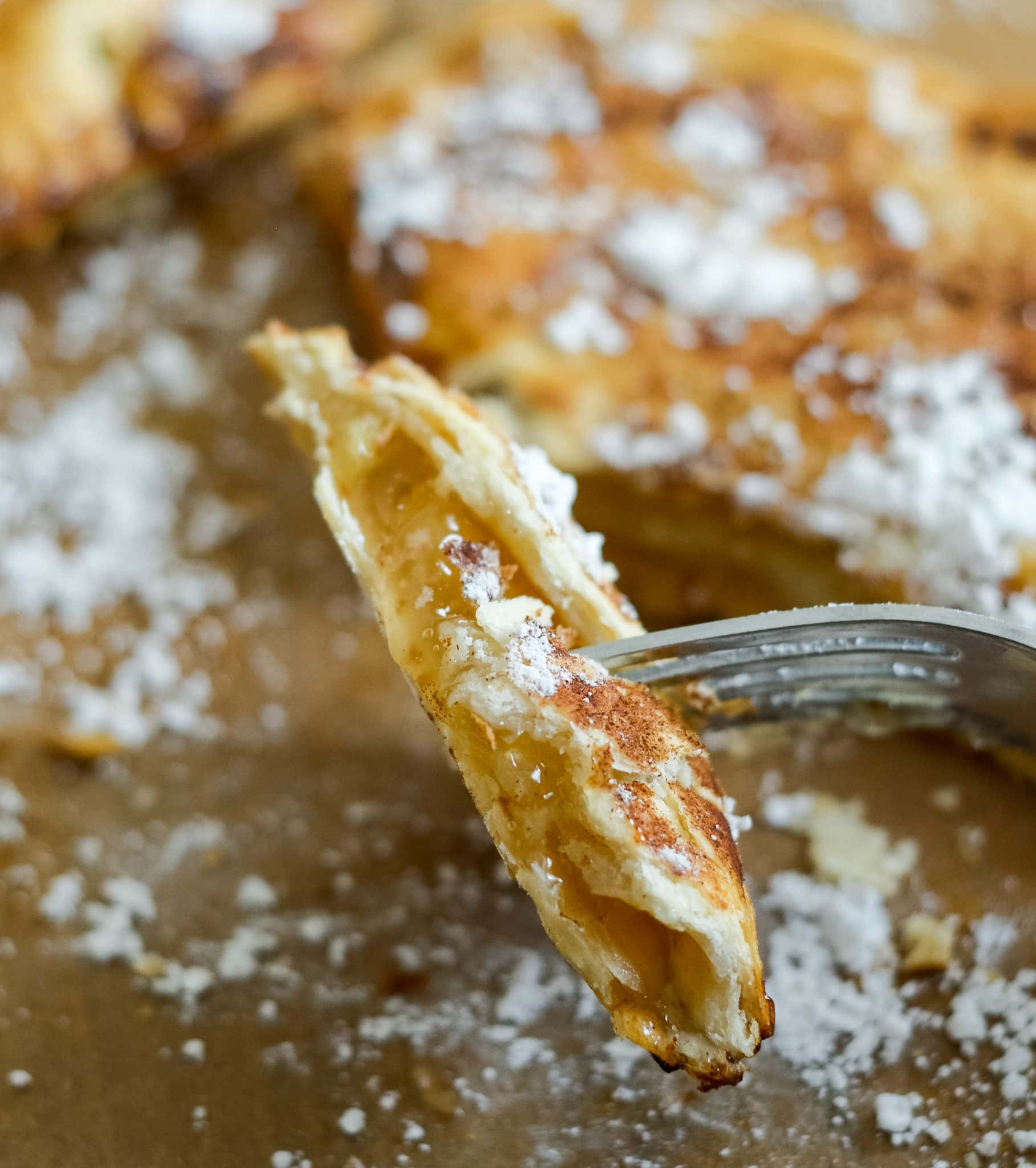 That’s all you need to make these Air Fryer Apple Pies, the best part is they will be nice and warm, plus ready to serve in just 8 minutes!

If you enjoy these, you’ll love these Air Fryer Cinnamon Rolls too. 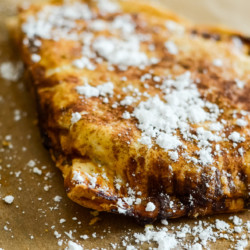 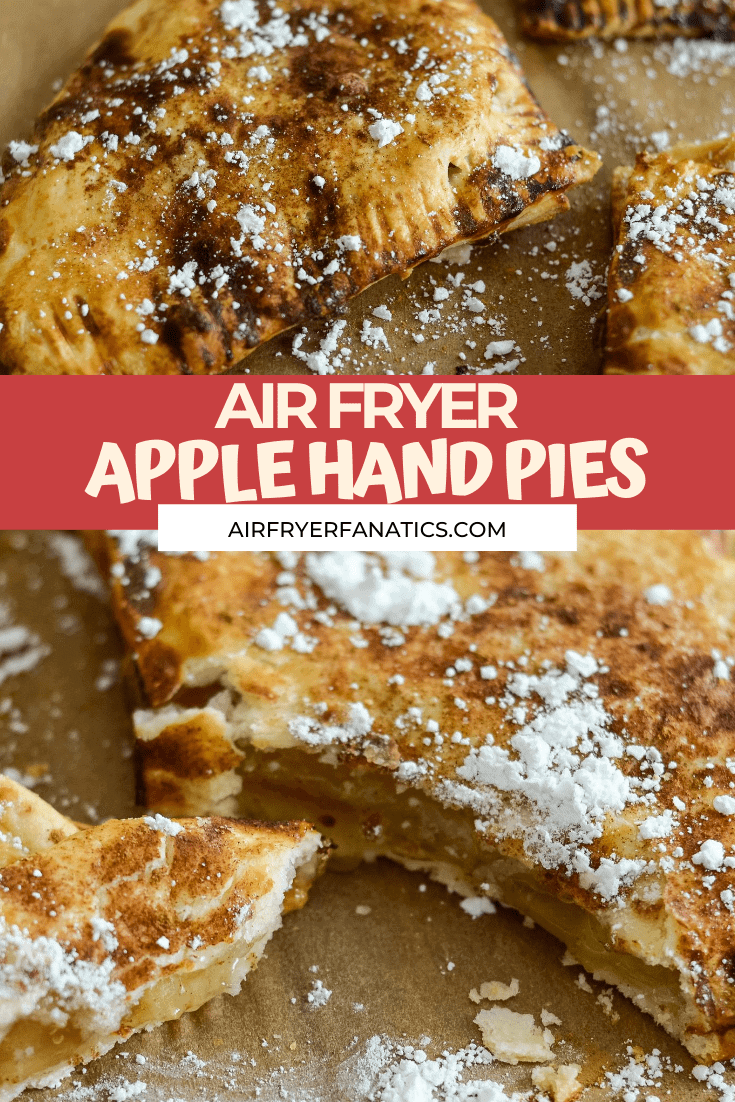 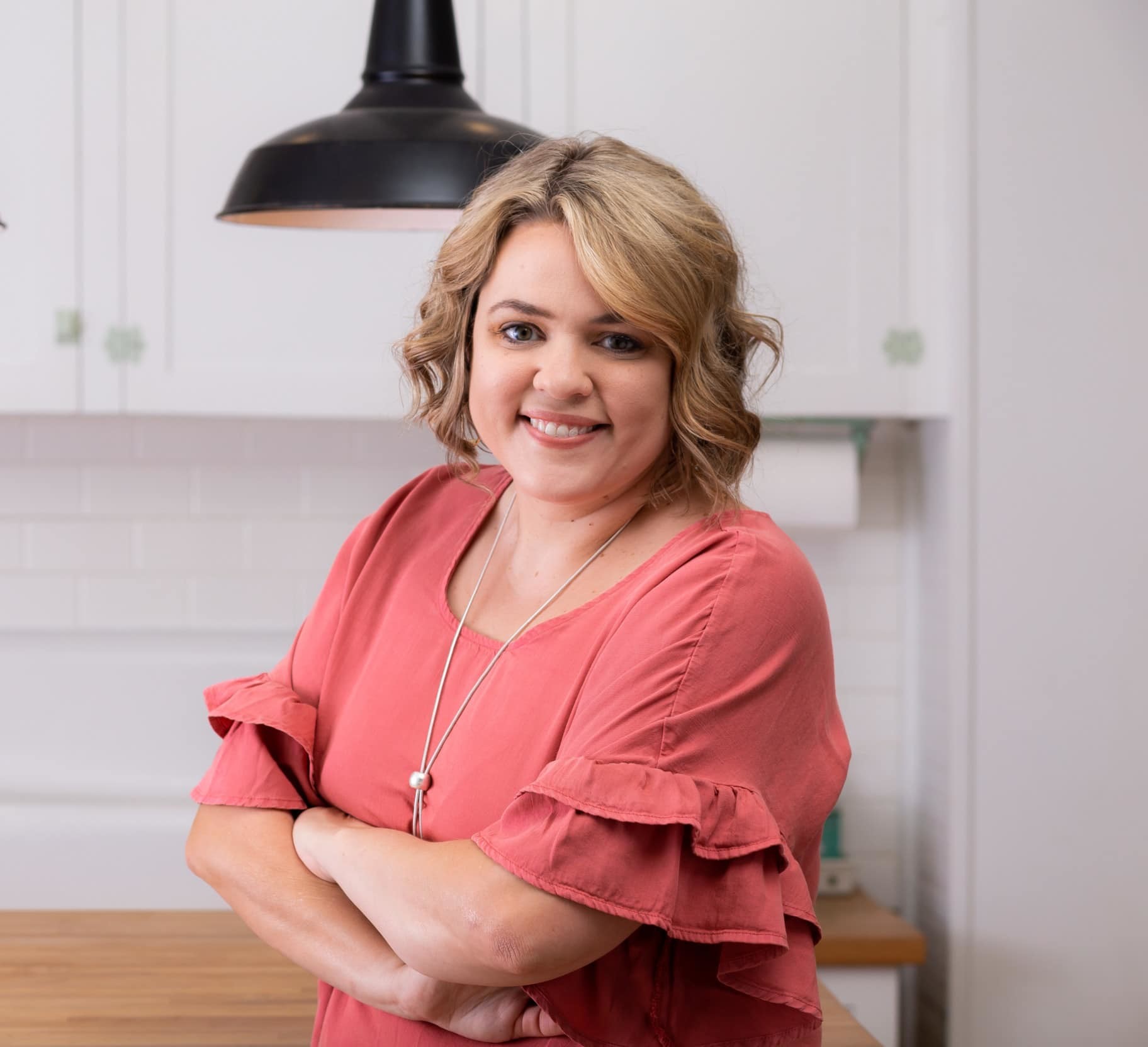 Kristy is the creator of MommyHatesCooking.com and AirFryerFanatics.com. She became obsessed with creating new recipes using the Air Fryer and now shares them each day!